The Case Against Caroline

Let me get this out of the way first of all: I like Caroline Kennedy. I like almost everything about her. I like her smarts, I like her dignity, I like her commitment to unpopular issues (like privacy law) that are important but unglamorous. I was moved by her endorsement of Barack during the primary, and I thought she did a fantastic job on his Vice Presidential selection committee. And of course, since I am after all a human being with human emotions, I can't help but be touched that this little girl has come so far. 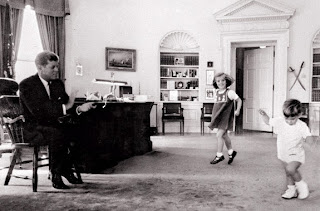 Nevertheless, in light of recent reporting that she is actively campaigning for the job, I feel compelled to say this:

I do not think Caroline Kennedy should be appointed to Hillary Clinton's Senate seat. Here's why...

1) She has never run for office before. In fact, she has always seemed to have a real distaste for the rituals of elected office - understandably so. In this she is wildly unlike her Uncle Ted, who is something of an election junkie. But the candidate who is appointed to this role will need to running for it again in 2010 to hold the rest of the term, and then again in 2012 for re-election. Caroline has broad and deep experience in many areas, but running for office is not one of them. We, and I suspect also she, have no idea how good a candidate she will turn out to be. Better that she find out outside the glare of a Senate re-election campaign. That's what primaries are for.

2) Getting over the family thing. When Hillary ran for the same position she was greeted initially with a lot of scorn for the perception that she was trying to leverage her family connections directly into the Senate. She overcame those perceptions by fighting hard for the seat, and running a widely admired, disciplined campaign. Caroline would face all those same criticisms, but without the opportunity to prove herself to the voters directly. Actual elections are a wonderful proving ground, but this is an appointed position for which she is only one of many equally qualified (on paper) people. Let's be honest, if her name were Caroline Jones she would not be on the list. If she wants to be in Congress, let her run for it. I think she should - I suspect she'd be a terrific legislator - but family connections shouldn't be enough to put you there without a popular mandate.

3) There are other great candidates. The special meaning of Barack's election to me has been this: that you can start from no where and get anywhere with good ideas, hard work and dedication. New York is a strongly Democratic state, and there are countless hard working council members, mayors, and congressional representatives who have been working their tails off for the state for decades now. I'd like to see one of them get this opportunity. For instance, what about Carolyn Maloney? She's a terrific advocate for women's issues, has been doing yeoman's work for New York in the House for the past 16 years, and is not the scion of a political dynasty. All I am saying is, give her a chance.

Oh, and by the way: Ruth Marcus? This is just icky.
Posted by Obama London at 11:48 0 comments